Likely thanks to upgrading computer systems and the joys of trying to figure out new setups and operating systems, there seems to have been a small glitch deleting the post that was supposed to go up Friday, so it is getting posted today. So let’s see if we can make lemonade from the lemon.

On Facebook, I started a new set of posts, in which I post a picture of a fossil found in or could be found in Arkansas and see if anyone can identify it. The first one I put up was of a mosasaur, a huge aquatic reptile that swam around Arkansas seas during the Cretaceous Period. People seemed to enjoy it, so I will be doing this on a regular basis. However, it has come to my attention that many places block Facebook, including a lot of schools. So I will be posting them on the blog. I will try to post a new picture every Monday and will then provide the answer on Friday, giving people the week to see if they can come up with the answer. Don’t worry about being wrong, we learn more from our failures than our successes anyway. You can’t win if you don’t play. So with that, let’s play! here is today’s pic. Can you tell me what it is? 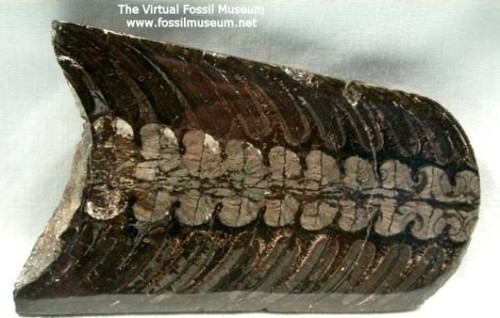 In the meantime, if you missed out on all the stuff we covered on Facebook, here is a brief summary of most of hte stories.

Of the many new fossils and work on fossils that were reported on this month, we saw a new fossil primate that may have been ancestral to lemurs and lorises and giant, terrestrial pterosaurs of doom. We learned about the earliest flowering plant in north America, new crests for old dinosaurs and the promise and perils of resurrecting dinosaurs and other extinct animals.. 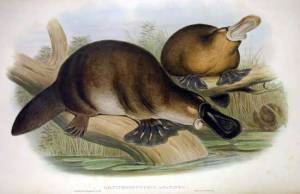 The poor platypus, he has no stomach (but at least he has poison spurs). John Gould. 1863. Wikimedia.

We learned about some amazing animals, from snakes that shrink their own heart and intestines between meals (and the genetic switches that allow them to do it), to animals with no stomachs. We learned about tool-using crocodiles and flower-mimicking insect predators. We learned that unidirectional breathing occurs in lizards as well as crocodiles and birds and why dinosaurs developed beaks.

We learned about evolutionary ghosts, how animals colonize new territory, and how unmasking latent variation within a population can lead to rapid evolution. 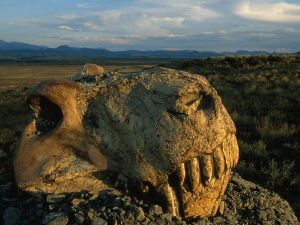 We learned about the end-Cretaceous extinction and how the Siberian Traps caused the largest extinction event of all time.

We learned how evolution made it easier for people to believe in God than accept evolution and why fanaticism of any stripe can lead one astray. We read a discussion about the importance of scientists in science communication, and why we shouldn’t ignore Youtube. We found help in teaching controversial subjects in hostile environments and apps to help teach hard-to-grasp subjects like astronomical distance.

We learned about how bacteria avoid the immune system to cause disease, how they form an important part of breast milk, and the four billion year history of vitamins. We learned even bacteria have a hard time living deep inside the earth and how viruses can kill even antibiotic-resistant bacteria. We also read a review of a book on evolutionary medicine. 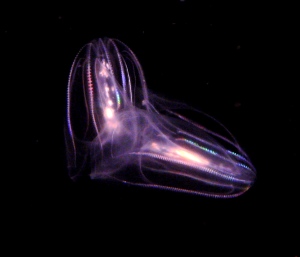 Genetics work played a big role in the above stories, but it also gave us the discovery of a second code within DNA and more support for comb jellies being the first animals. We learned why protein incompatibilities make hybrids sterile and how early hominids interbred to form modern humans.

So, what were the stories you liked? Did it spark any thoughts, either good or bad? Was there anything that you saw that we didn’t mention? Share your thoughts and don’t forget to try your luck with identifying today’s Arkansas fossil!