Home » Reviews » Book reviews » The 12 Days of Books to Buy for Your Science Readers: On the Seventh Day of Book Lists…

The 12 Days of Books to Buy for Your Science Readers: On the Seventh Day of Book Lists…

Today I want to do something a little different. I already mentioned Luis Rey’s book Extreme Dinosaurs 2: The Projects, but there are several other paleo art books out there that are worth looking at, so here are some suggestions of books that have recently been published or are about to be published so you can put them on your wishlists. 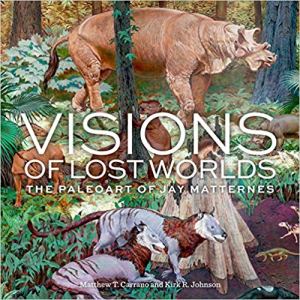 Jay Matternes is a painter who achieved wide acclaim in the 1950s for his paleoart published in the Time Life books and ever since has continued to thrill viewers for his depictions of prehistoric mammals and birds. If you have been to the Smithsonian, you may have seen six of his murals hanging in the Fossil Hall. They were removed in 2014 for a huge renovation of the hall, but they were put back into place in time for the opening of the hall this year. Assuredly timed to coincide with the opening of the new hall, this book celebrates not only those murals, but fifty years of art by Matternes. The book includes pictures of the murals and much more, as well as preliminary sketches and essays on his work. If you like paleoart and have an interest in collecting some of the masterpieces, this will be of interest for you. 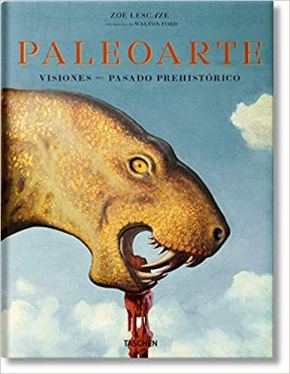 Speaking of classic art, if you are at all interested in the development of paleoart, you will want to get this book. Lescaze and Ford have collected an impressive display of paleoart from 1830 to 1990. It includes work from the all-time classic master, Charles Knight, as well as many others, both famous and not so famous. the work covers many styles, from Impressionism to Art Nouveau and types of art from paintings and sculptures to mosaics and murals from all over the world. The reproductions are also high quality. If you want to get a feel for the history of paleoart and how it has changed over the decades, you will want to get a copy of Paleoarte. Note, despite the cover image here, the book is in english.

Mark Witton is a highly respected paleontologist and artist in his own right. the esteem he is held in should be evident when one considers that the original Life Through The Ages was published by Charles Knight in 1946. A commemorative edition was published in 2017, so Witton’s contribution will make a great companion to that volume. The book is not due out until April of next year, so you will have plenty of time to peruse Knight’s volume, as well as the other paleoart books you pick up this season.

A book you can get now is Dinosaur Art II, featuring work from a variety of today’s paleoartists. Obviously from the title, this is the second edition of Dinosaur Art. The first one was subtitled The World’s Greatest Paleoart, but a few years have passed and a lot more art has been created worthy of addition. Witton is in there, along with Emily Willoughby, Brian Engh, and several others. A few people may be nonplussed by the fact that not all the illustrations are of dinosaurs. Other animals sneak in as well. But don’t let that stop you. There is plenty of great work here. If you like paleoart, especially dinosaur art, you won’t be disappointed.

To tell you how good an artist (or at the very least professionally prolific) Mark Witton is, here is yet another book by him or featuring his work. If you saw the art in the other books and were inspired to make your own, this book is worth a look. Witton walks you through all the ends and outs of creating world-class paleoart based on science. He uses as examples his own work obviously, but that of many other great artists as well. Witton does not claim to be the paragon of paleoart. Anyone can create art, but it takes an extra effort to create art that is also accurate for the science. While the science can’t tell you everything about a fossil, it can place parameters on what not to do. So being a good paleoartist also requires being a bit of a scientist as well. As such, there is no one better to discuss how to do that than someone who is highly respected for both his science and his art. The fact that he can write well makes him particularly well suited to the task. For more on this book, see Drren Naish’s review here. 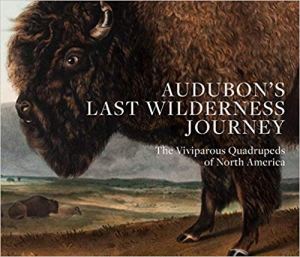 This one is not really a paleoart book, but it is about arguably the most famous nature artist of all time. We are, of course, talking about Audubon. While he is likely most famous for his illustrations of birds, he illustrated a wide variety of animals. In conjunction with an exhibition put on by the Jule Collins Smith Museum of Fine Art, this book reproduces the three volume set published by Audubon in 1845-1848. The original folios were bigger than 27″x21″, whereas the edition is a mere 12″x10″, so the prints are nowhere near as big as the original, but they are lovingly reproduced in high resolution. This was Audubon’s last great work and he is at the top of his craft. Even if it isn’t dinosaurs, the book is worth a look.

That’s it for this week. Come back next week for five more days of book lists, covering all sorts of books, including books on Darwin, evolution, bones, giants, genetics, more dinosaurs, and….zombies. Have a great weekend.