Home » Paleontology » Fossils of Arkansas » National Fossil Day Celebration at the Museum of Discovery is Tomorrow!

National Fossil Day Celebration at the Museum of Discovery is Tomorrow!

Tomorrow is the day to see tons of fossils at the Museum of Discovery. Come out and see what Arkansas has to offer in fossils. We have a far more diverse array of fossils than most people realize. Here are a few dinosaurs you will see.

Here are some casts of Allosaurus bones, a foot and a humerus. Allosaurus itself didn’t live here, but its descendant, Acrocanthosaurus, did. 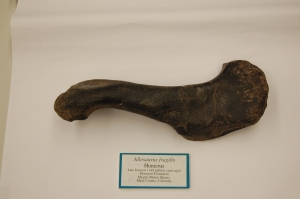 Here is an ischium of an Apatosaur, which did not live here either. But its titanosaur relatives did.

Here are some hands and claws of Allosaurus and Utahraptor, a giant version of Velociraptor. 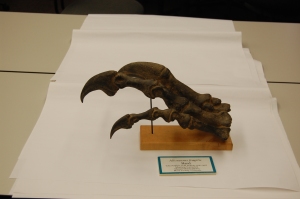 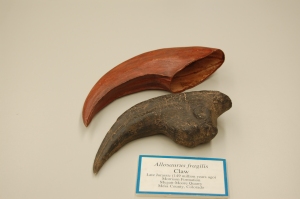 Not interested in dinosaurs? How about a Smilodon, one of the biggest and most iconic of mammalian predators? 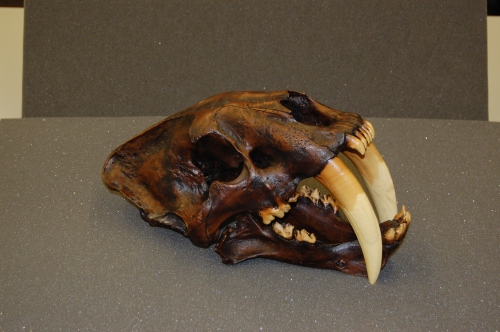 Of course, what I have shown the past few days is only a few things that the University of Arkansas Earth Sciences Department is bringing. The Anthropology Department will also be there with their own fossils. The Arkansas Geological Survey will be there with a cast of the dinosaur, “Arkansaurus” and more. The Virtual Fossil Museum will be present with more than virtual fossils. Not to be outdone, the Museum of Discovery will have a collection of dinosaur skulls on display, which will be part of an upcoming dinosaur exhibit which you won’t want to miss.

By paleoaerie in Fossils of Arkansas, Paleontology on October 10, 2014.
← 2 More Days to National Fossil Day at the Museum of Discovery Mystery Monday →