We have reached the end of Paleo-Animal Fest celebrating the animals that populated the Cretaceous seas of Arkansas 65-120 million years ago. We have seen early crocodilians and gars. We have seen the largest of the predators in the ocean and some of the smallest of creatures populating the seas. Today we are going to wrap it up with an animal famous the world over: elasmosaurs. 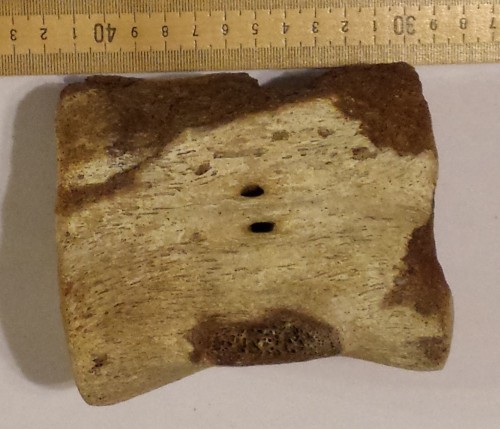 A spectacularly preserved vertebra from an elasmosaur found in southwest Arkansas.

Nessie. Surgeon’s photo. Not an elasmosaur, not even a real animal

Many people today will not know them by that name, but show them a picture of Nessie, the Loch-Ness Monster, and the image they conjure up is the classic elasmosaur, a long-necked marine (which is funny because Loch Ness is a freshwater lake) reptile with big flippers and a small head, essentially looking like a predatory aquatic sauropod. Of course, it probably didn’t hold its head way out of the water like shown in most imaginings, but the general appearance is close.People are frequently pulling things out of the ocean and claiming they are long-lost Mesozoic Monsters from the time of the dinosaurs. Of course, they always wind up being something else. 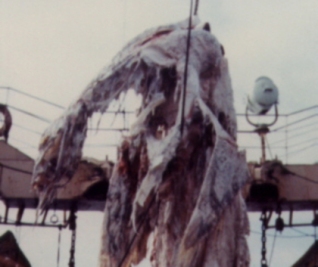 Basking shark. Not an elasmosaur

Sadly, elasmosaurs died out the same time the big dinosaurs died out.But they had a good run, first appearing in the Triassic, close to the beginning of the Mesozoic Era. Elasmosaurs were part of a group called sauropterygians, which first appeared over 200 million years ago.

This is an elasmosaur

Here are a couple of illustrations of elasmosaurs. One is by my son, which will be appearing in a booklet I am making about Arkansas during the Cretaceous, as well as a coloring book for kids I am putting together. Some of them really did have amazingly flexible, ridiculously long necks.

Here is one in the expected habitat and following expected behaviors.

Come back next week to celebrate Arkansas Cretaceous Shark Week.

By paleoaerie in Uncategorized on August 19, 2016.
← Day 4 of Paleo-Animal Fest Prehistoric Shark Week →